Ever since the early 1960's there has been a Forgotten Child Fund "Santa Train"!  Chartered in 1965 as a non-profit charitable organization, FCF is sponsored by the Chattanooga Fire and Police Departments assisting needy families and their children at Christmas.  But more about that on the Early Beginnings page!

The Forgotten Child Fund was created as a result of selfless humanitarian concern with dedicated efforts of police officers, firemen and citizens who simply could not ignore or forget the desperate needs of destitute children who have prayed and dreamed that Santa Claus would not pass them by. These children, through no fault of their own, would not have received any toys at Christmastime or enjoy a good meal without charitable assistance. 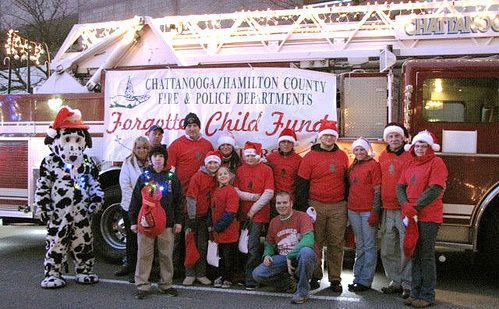 From its small earnest beginning in 1962, the Forgotten Child Fund has evolved into a highly visible, nonprofit and respectable community charity that is funded completely by private donations from concerned citizens and organizations. With the involvement of businesses, fraternal and professional organizations and churches, it is officially sponsored by the Chattanooga Fire and Police Departments.  All that are personally involved are volunteers driven by a labor of love and compassion.

Once the official kick-off initiates in the early Fall of every year, the campaign fund-raising begins in earnest.  While some Officers or volunteers solicit door-to-door, other citizens appeal to churches, local business offices and organizations, which contribute by mail– or online– in response to word-of-mouth or news media appeals.

The Santa Train departs the Santa Train staging area, Chattanooga State Community College  in Chattanooga at sunset Christmas Eve and winds its way through the city on its annual mission of kindness!  Its highly-visible manner is quickly recognized by most Chattanoogans!   There are red and blue lights flashing, sirens wailing, horns tooting, and Christmas carols being played over the loud speakers, while Santa waves at people on the street.  In return, they are greeted by enthusiastic waves, smiles and blown kisses!  Drivers of other cars seem pleased to voluntarily yield the right-of-way to the Santa Train.

Ten of the neediest families have been selected to receive a personal delivery of toys from Santa Claus via the Santa Train.  As the Santa Train stops in the street in front of a pre-selected house, there is always much gaiety and excitement as neighbors come outside to cheer and mingle with Santa and Santa Train passengers as they all converge on the selected house.

Although the parents have been foretold and prepared, their surprised children stand at the front door in amazement, bright smiles and eyes full of wonder as Santa Claus enters the scene.  He is followed by policemen and firemen carrying boxes of toys for play... AND FOOD for a wholesome Christmas Day dinner.  Hardly a dry eye can be found as one surveys the living conditions and witnesses the children holding the new toys, hugging and kissing Santa, and knowing in their hearts that the children are thinking, “I knew you would come, Santa, I just knew it!”

There are no words adequate to describe that special moment, for Christmas is truly a time for children in whom we should foster love and compassion... instilling our traditions and values... and revealing the true meaning of Christmas as we honor the birth of the Christ child.

Our only regret is that our resources are limited and there are so many other needy children, who sadly, we are unable to help! PLEASE attend this event in order to help many children across our area in hopes for some toys for Christmas. 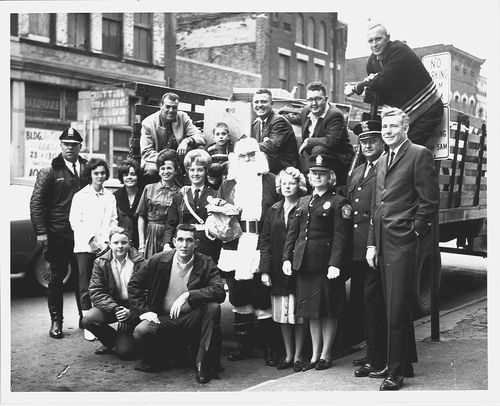 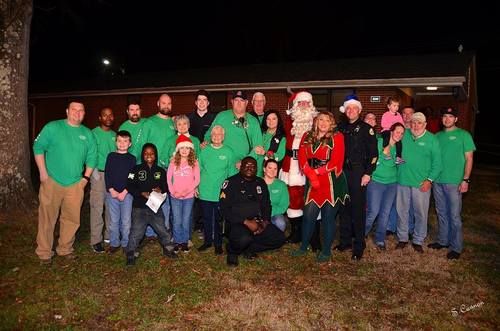 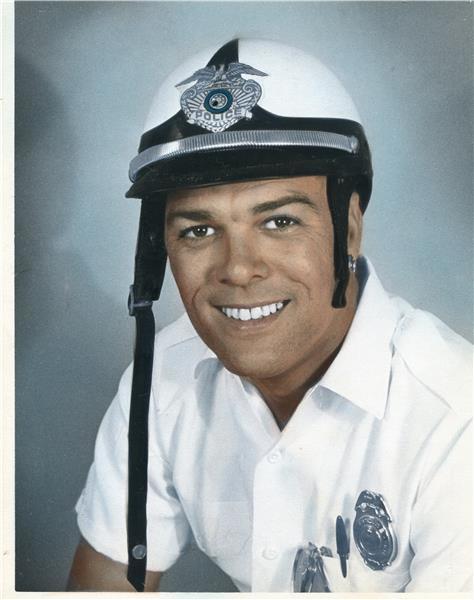